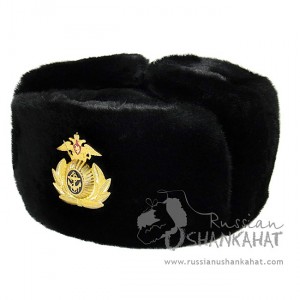 A Russian fur hat is most commonly known as the Ushanka. An Ushanka is basically a hat with ear flaps that can either be left free or tied up either upwards or downwards as per the wearer’s preference.
Ushanka or Russian fur hat is what you would see any other Russian wearing one but the truth is that hats of the same design and forms are also a common sight in places with the likes of North Korea, China and some parts of Eastern Europe. Hence, it is very much probable that the form of this trapper hat was something that has its roots among the Mongols at the time when Mongol inhabited Russia in the Middle Ages.
The fur used in the composition of earflaps hat is animal fur that is of great variety in general. The most typical ones used in Russian fur hat are made out of sheepskin, rabbit and faux fur. The sheepskin hat is another fine example among the many popular Ushanka since the earliest of times.
The demand for a trapper hat has increased to such an extent that the business for such hats has spread on a wider platform world-wide hence it comes as no surprise that furs of different sorts are being used in place of the traditional fur of Ushanka. The contemporary times can be rightfully named as the age of the Russian fur hat for men since now many designers have loomed in this business since it is in high demand everywhere.
The classic Ushankas have remained an emblem of wealth and nobility among the upper strata of Russians where it was a must-have among the royalty in the early 12 century. However nowadays, ear flaps hat are the in-thing of the season plus they are very comfortable to wear too.